2019 saw Google finally demonstrate quantum supremacy. Competitors such as IBM reminded us that this was just an opening skirmish in what will be a long campaign. In 2020 we will see paths divide as competing companies and technologies face-up to the quantum chasm blocking the way to large scale quantum computers.

The hard road to quantum computation 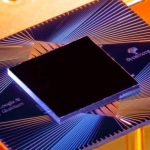 In the end Google was able to use 53 superconducting qubits on its Sycamore device to perform a random sampling calculation in 200 seconds that it projected would take the world’s most powerful supercomputer 10,000 years [71]. IBM pointed out that with some ingenuity and plenty of brute force this could perhaps be brought down to 2.5 days. However the essential scientific and engineering point of Google’s success remains – computation with insanely complex quantum amplitudes actually works; the Turing machine has been overturned – quantum algorithms will inevitably outperform their conventional counterparts whenever appropriate computational complexity is present.

Overall however, 2019 reminds us of the considerable engineering challenges that quantum hardware developments still face. 2018 saw an enthusiastic flurry of chip announcements with ever climbing qubit-counts from Intel’s 49-qubit Tangle Lake to Google’s 72-qubit Bristlecone and a 128-qubit Aspen from Rigetti. Notably we still haven’t seen performance results from any of those designs. Indeed, the fact that Google made a slightly compromised quantum supremacy announcement based on the smaller Sycamore device suggests that it’s been difficult to achieve the required level of performance with Bristlecone. As IBM explains, controlling crosstalk is a key challenge for these circuits, currently requiring trial and error in individual unit fabrication [60].

IBM has been notable amongst competitors in providing detailed measured performance specs on many of the devices it has developed. It also promotes the measurement of ‘quantum volume’ as a more insightful indication of device capability, accounting for gate & measurement errors, cross talk, connectivity and circuit compiler efficiency. The IBM Q roadmap seeks to double QV each year, a milestone it again achieved this year: the fourth generation 20-qubit processors in the IBM Q System One delivers a QV of 16, compared to the QV of 8 demonstrated by the IBM Q 20 Tokyo processor.

In 1943 Colossus became the world’s first programmable electronic computer. But the modern digital revolution only gathered pace when transistors replaced valves to give us reliable digital bits and integrated circuits replaced wires to allow efficient scaling-up.

2019 has seen a wide number of alternative qubit technologies and architectures continue to be developed. Each offers different trade-offs in terms of qubit lifetime, fidelity, connectivity, gate-set speed and ease of scalability. Each is at a differing stage of development. None are mature. 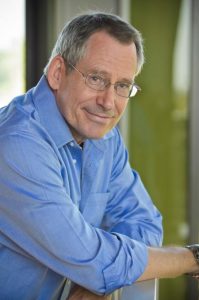 Most experts expect the field to pass through an era of experimentation with a wide variety of noisy intermediate scale quantum (NISQ) devices and then on to a longer term future where increased scale and the application of quantum error correcting codes give us fault tolerant quantum computation (FTQC).

To try to achieve practical results with NISQ devices, groups can target specific characteristics: for example the very best fidelity but at the expense of scalability (potentially an advantage for laser driven trapped ions); or optimising for specific problems but at the expense of full programmability (a niche for special purpose quantum computers – digital and analogue quantum simulators). The quantum annealing approach pursued by D-Wave is a parallel example. This doesn’t pursue the gate-model architecture used by other competitors, but one focused on a particular class of problems.

To pursue the quickest path to FTQC, groups must target more balanced goals. Qubits of sufficient fidelity and sufficient connectivity need to be paired with a suitable error correcting protocol. The protocol cycles required to operate multiple physical qubits as one logical qubit need to be optimised. A practical device architecture is required that allows both the quantum and conventional components to be scaled-up in harmony. A microarchitecture that supports specialised functions such as magic state production and QRAM needs to be developed. Breakthroughs in error correction, still a rapidly developing field [59], may be just as important as progress on hardware.

Fact Based Insight believes differing strategies are likely to develop and this will not be a linear competition. Only those groups with the very deepest investment pockets will be able to optimally pursue all NISQ and FTQC goals at the same time. A diversity of approaches will continue.

In his annual State of the Quantum Nation address at Q2B 2019, John Preskill (Caltech) continued to urge a focus on the long term prize “We must cross the ‘quantum chasm’ from hundreds to millions of physical qubits. Mainstream users may need to be patient … Progress toward FTQC must continue to be a high priority for quantum technologists” [85].

Superconducting metrics – Google’s supremacy announcement indicated average two-qubit gate fidelities of 99.64% (isolated) and 99.38% (simultaneous) [71]. Google have indicated that they are currently prioritising improved device performance over simple increased qubit count. Don’t be surprised by continued sparring as Google, IBM and Rigetti argue over the merits of their metrics: fidelities vs volume vs advantage.

Superconducting tech – Watch startups like SeeQC, Bleximo, QCI, IQM, OQC and the OpenSuperQ consortium each with their own twist on superconducting qubit technology. The QMiCS consortium has demonstrated the entanglement of qubits on two neighbouring superconducting chips, watch out for further indications that this technology is becoming networkable.

Superconducting Sputnik – Some of those close the USTC’s programme have predicted that China will perform its own quantum supremacy demonstration by the end of 2020. If achieved this would certainly focus the minds of competitors in the West. Watch out for the progress of Guoping Guo’s USTC spinout Origin Quantum,

Logical qubit roadmap – In 2019 IBM presented work demonstrating some of the precursor operations required for quantum error correction [59]. A stabilised logical qubit is one of the next big milestone prizes. Probably still beyond reach in 2020, but will we see someone commit to the target for 2021?

Annealing – D-Wave introduced a low-noise version of its 2000Q processor in 2019. The launch of the new D-Wave Advantage system is expected to follow by mid-2020, promising 5000+ annealing qubits and the 15-qubit connectivity Pegasus architecture. The Jülich Supercomputing Center in Germany is set to host D-Wave’s first Leap hardware installation outside of North America. NEC’s proposed stake in D-Wave will lead some to see it as a natural future strategic partner.

Trapped Ion quantum supremacy – in 2019 IonQ published benchmark average two-qubit gate fidelities of 97.5% for their initial 11-qubit device [76]. Last year IonQ targeted 2020 as the year it might demonstrate quantum supremacy with a trapped ion system. It has a window of opportunity but will probably need to climb towards the 99.9% fidelities achieved in lab demonstrations of trapped ion gates. Watch a clutch of trapped ion competitors such as Honeywell, AQT, Quantum Factory, Oxford Ionics, Universal Quantum and the AQTION consortium will be seeking to catch-up.

Silicon Spin promise – Spin qubits based on quantum dots in silicon are the architecture more than any other that emphasises its long-term scaling advantages. The promise of close alignment to existing CMOS processes seems to be attracting Intel to focus its efforts here. 2019 saw Andrew Dzurak (UNSW and SQC) announce strong progress with average two-qubit gate fidelities of 94.7% and up to 98.0% (CNOT gate) [57]. Other work from Dzurak confirms the importance of using ever purer 28Si to realise higher fidelity and scalability [77]. Watch out for a consortium involving Leti (CEA Tech), imec and Quantum Silicon winning EU Quantum Flagship funding to push this technology forward. Watch out for news from startup Quantum Motion on its unique silicon spin architecture [59].

Quantum Chipset – Intel have demonstrated their continuing presence at the forefront of this technology with the announcement of Horse Ridge, a conventional device designed to provide the complex control signals necessary to drive a quantum processor. Horse Ridge is claimed to operate at 4K, much closer to the 1K at which a silicon spin qubit device might hope to work. This significantly reduces the complexity of wires that must be routed in and out of the system cryostat. Will we see performance results published?

Photonics architectures – Xanadu are expected to launch a 12 qumode (cf. qubit) continuous variable photonic processor, the first of its kind. Expect 24 qumodes later in the year and a roadmap to 50+ in 2021 [85]. PsiQ made its de facto move to Silicon Valley official in 2019 and has just secured a $230m funding round to become the top funded quantum startup. It remains tight lipped about its hardware plans (reportedly a 1 million qubit device in 5-8 years). Its academic conference contributions could be a pointer to its strategy. While competitors mostly assume they will correct errors using some variation of the 2D surface code, PsiQ is making progress with generalised 3D cells (a tilted time axis is the third dimension). This appears to offer lower error correcting thresholds [59]. Watch out for hints that one of these photonic architectures are indeed on a track to overturn the ‘standard model’ of quantum computation. This could be very disruptive.

Neutral Atoms – Often thought of as a contender for quantum simulators/special purpose quantum computers, recent results from Marcus Greiner (Harvard) have shown two-qubit CZ gates with fidelities of 97.4% [70]. This puts neutral atoms back on the universal quantum computer roadmap. Watch out for news from emerging champions such as Atom and ColdQuanta.

Topological qubits – In 2018 Microsoft-backed scientists at QuTech demonstrated they had indeed created Majorana quasiparticles. Through 2019 we have been waiting for the demonstrations that these novel nanowire phenomena can be systematically prepared and measured as qubits. When it happens this will be big news. By ‘building in’ error correction such qubits could vastly reduce the number of physical qubits needed in practical machines.