The impact of quantum technology in your sector starts now 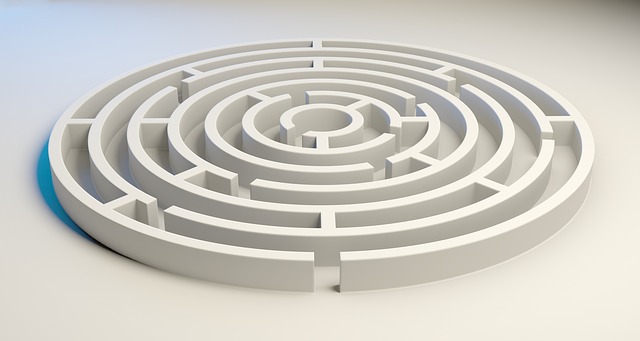 In particular, companies need to identify where existing business value chains will be disrupted.

Large pharmaceutical companies typically invest over $1b for each new drug that reaches market, in main part due to the large expense of failed clinical trials. The ability to inform drug development decisions via direct molecular calculation promises to accelerate progress and significantly reduce cost.

The medical device sector is no stranger to advanced scanning and imaging technology. However the new quantum enhanced devices now envisaged offer greatly increased sensitivity and will be more compact and easier to deploy. These are great benefits, but they also promise to disrupt current industry processes. The balance of skills and services required will change. Established device manufacturers will find their technology obsolete.

The low cost of modern DNA sequencing is already driving innovations in healthcare such as precision medicine. This will put increasing emphasis on the confidentiality and security of patient data. Medical records are a key category of data requiring long term confidentiality and are threatened now by future quantum computers.

Financial services depend pervasively on data security. Indeed, many new technologies already driving the sector such as blockchain and cloud based services are at the forefront of modern cyber security practice. Fintech is not yet secure against the threat of future quantum computers, and this in a sector that is particularly vulnerable to ‘shocks’ in public confidence.

Quantum technology also offers a tremendous upside. Financial Services are profoundly about optimisation, whether this is in managing risk across a portfolio of market investments, bundling individual insurance risks or pricing a derivatives contract. Quantum computers have a provable advantage in tackling such problems. This is particularly relevant in an industry where speed of decision making literally translates to profit. Quantum technology promises to combine well with the growing role of artificial intelligence in financial service business decision making.

The Oil & Gas industry has almost since its inception used state-of-the art sensing and mapping when exploring for resources and in planning their exploitation. A new range of ground penetrating sensors, with enhanced sensitivity and improved deployability promises to both speed the search for new resources and enhance the recovery of existing reserves.

Production, logistic and refining operations are also set to be enhanced by quantum technology. The efficient management of such complex operations is inherently a challenge in ongoing optimisation. Quantum computers have a provable advantage in tackling such problems. This will combine well with the growing role of artificial intelligence in operations management. Safety is also paramount both due to its potential cost in lives and the high costs of accidents and litigation. Advanced quantum imaging techniques promise new low cost options for maintenance monitoring and leak detection, even in hostile environments. Improved materials science aided by direct molecular calculation is also set to offer benefits from new materials and coatings with corrosive resistive properties.

The Oil & Gas sector also needs to think carefully about long-term cyber security. Companies are typically investing in a host of networked devices, the Internet of Things, to automate the monitoring and control of plants. Cyberattack on such assets is a real risk. Such devices can be protected, but there must be a clear path for how that protection can be upgraded as the threat from quantum computers develops.

In logistics, efficient routing directly drives improved service and cost reduction. Yet this type of problem is one with which conventional computers struggle. Quantum computers have a provable advantage in finding optimal solutions.

The Automotive sector is already set to be transformed by the advent of autonomous vehicles. The optimisation of vehicle routing is a major opportunity. These vehicles are also set to benefit from the improved acceleration and rotation sensors that quantum technology offers. This promises to remove their reliance on GPS or custom ground stations for navigational assistance.

Smart cars manufacturers also need to carefully plan the cyber security lifecycle of their products. The average age of cars on US roads is over 11 years old. New vehicles sold today may very well see the advent of quantum computers able to break current encryption standards. Customers will be very sensitive to the risks. Manufacturers will need to provide a clear and efficient upgrade path or risk future litigation.

Signals intelligence has often been a key factor in warfare. It is already clear that future quantum computers will eventually be able to break many conventional encryption schemes. In a modern context, the ability to engage in offensive cyber warfare operations - and the highly interconnected nature of the modern economy - further increases the importance of such capabilities and our ability to defend against them. Current initiatives in conventional post-quantum cryptography will continue around the world. New forms of device-based quantum cryptography will also gather traction. The latter in particular has the potential to be disruptive due to the different nature of its security promise, based on physics rather than mathematics.

The defence industry has also often been a lead adopter of new sensing and imaging technologies. This will be no different with many of the advanced quantum techniques now being developed. The relatively compact size and deployability of many of these devices will further increase their utility on the battlefield. Defence manufacturers will find that they need access to new skills that are not widely available. Perhaps one the most disruptive aspect of these new sensing technologies will be if one can compromise the relative invulnerability currently enjoyed by modern stealth aircraft.

The impact of artificial intelligence is already growing across a wide range of sectors, and many anticipate this to be a defining trend of the 21st century and driver the Fourth Industrial Revolution. It is already clear that the provision of this technology and of its key supporting pillars - machine learning and big data management - is set to be a vital economic sector in its own right. Competitors in this arena are already deploying specialised conventional computing hardware dedicated to the necessary tasks.

Quantum computers promise the ability to encode vast amounts of data and to search, optimise and sample efficiently across it. This makes many feel that quantum devices should be a natural fit for applications in big data and machine learning. However the exact path this developing technology will take is unclear . We don’t fully understand why key machine learning techniques such as deep learning work, so we don't yet know how to optimise them with quantum devices. Training data preparation is also a novel challenge in a quantum-based approach. There will be much research and much progress. The uncertainty of what approaches will work will be disruptive to the emerging artificial intelligence value chain.