The £2m funding round included investments from early stage venture fund, Quantonation together with Kx and others and also included £1m provided from Innovate UK and the ISFC.  KETS’ CEO and co-founder, Chris Erven said: “Our aim is to become the digital security operating system of the future, protecting our digital information and critical infrastructure in the 21st century and beyond.” 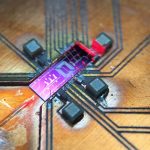 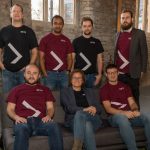 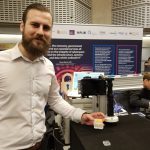 KETS Quantum Security Ltd is a multi-award winning start-up from the Quantum Engineering Technology Labs (QETLabs) at the University of Bristol and partner in the Quantum Communications Hub, part of the National UK Quantum Technologies Programme. Their mission is to secure communications using future-proof, scalable, and easily-deployed hardware solutions. The company has developed some of the world’s first integrated quantum secured encryption technologies – from quantum random number generators to full quantum key distribution devices. With low-SWaP built into its DNA, its solutions will boost security in applications including defense, telecoms, and critical infrastructure; with end-users from finance to governments and data centres

KETS has developed a range of technologies for quantum-secured communications, including quantum key distribution (QKD) and quantum random number generation (QRNG). Their devices are based on integrated photonic technologies leading to miniaturisation, cost-effective manufacture, and complex functionality.

Your startup not yet listed?
Let us know.